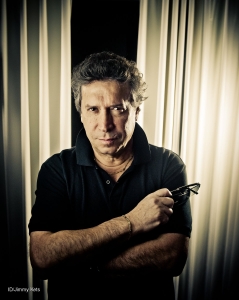 FRANCO DRAGONE is one of the biggest show maker in the world. Belgian of Italian origins, has signed incredible, memorable shows of the Cirque du Soleil – Saltimbanco, Mystere, Alegria, “0” to name a few – and today is the head of Franco Dragone Entertainment Group: a “successful international enterprise” of fantasy, joy, dreams, able to renew the great tradition of the global spectacle.
He was the creator of the Celine Dion show that in 2003 collected 732 nights at Caesar’s Palace in Las Vegas; as well as the opening and the closing ceremony of the World Cup Brazil 2014, as well as dozens of other shows, from Los Angeles to Paris Lido to China, which have in common that sense of wonder that stuns, always the sign of a rigorous artistic research.
He is an exponent of an original form of theater that, starting from symbols and ancestral spaces, enhances the human being through the exaltation of the physical-acrobatic virtuosity, the gestural and danced expression, the role of music and pictorial visuality on a grand scale, with a creative role of technology and of modern stagecraft for large spaces. He has signed the Aida who inaugurated the opera season 2013-2014 of the Teatro San Carlo in Naples. He was artistic director of the Napoli Teatro Festival.